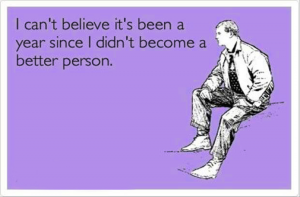 It’s January, and the world’s awash with advice about how to stick to your New Year’s Resolutions. How’s that going for you? You know, the sudden transformation, the “New Person” that was expected to emerge, blinking into the sunlight, on January 1st?

Did you wake up ready to reinvent yourself, hit the gym, and start the diet? No? Well, the chances are that after partying on New Year’s Eve, the only thing that was different about you was the feeling that your head might crack open or the fact that you had no idea how you got home. Call me cynical, but, hungover or not, if you did make resolutions, they’re likely to slip off the dish fairly soon…

Let’s face it; at the beginning of January, we’re all pretty knackered. It’s not just the New Year’s festivities; there was the frantic run-up to Christmas, the rush to finish work, the endless shopping, the parties, the cooking and cleaning, wrapping and racing around, not to mention the psychological strain of all those family get-togethers. And, in case you hadn’t noticed, it’s winter out there, the nights are long and forecasters were expecting “bitter arctic gales with widespread snow” last week.  Brrrrr…. is this REALLY a good time to reinvent ourselves?

I’m not pooh-poohing the idea of self-improvement here, not at all. I’m a HUGE advocate of thinking big, setting goals, and working towards growth and self-development…. all year round! I just don’t buy into the idea that the start of a new year is the time to try to radically transform ourselves.  And the statistics back me up: a whopping 80% of Brits who made a resolution last year reverted back to their old ways before the end of March!

I worry that New Year’s resolutions can be counter-productive and may even do damage to your self-esteem. Say, for example, you have a tendency to turn to food, alcohol or cyber-stalking your exes when you feel like rubbish. The chances are, if you resolve to eat less, give up drinking or stay off social media –  and fail –  you’ll feel pretty pants about yourself…. and reach for the donuts, wine or Facebook’s Search button as a coping mechanism. Vicious circle, right?

And another thing: what the heck was so bad about us – and 2016 – that we all have to be better people, living in a better year than last year?  I thought you were all pretty great last year, and although you may have had some sad and challenging times, I bet you enjoyed some great times, achievements and personal growth too.  So why not give a shout out to what was good about last year before writing it off like an embarrassing guest who won’t leave even though the party’s over? Poor old 2016…..

Let’s not forget that, in January, we’re still recovering from the intense pressure – financial, physical and emotional – we’ve been under during the run-up to and throughout the Christmas holiday. Then BANG, along comes this shiny new pressure, in the guise of some sort of kick-ass, motivational coach. “Out with the old!” she yells: “lose weight! Get to the gym! Cut out sugar! Work less! Read more! Stop drinking! Call your mother-in-law!”

Well, to her, I say this: hogwash, balderdash, balonely and twaddle. I WILL make positive changes, have no fear of that. But I am gloriously free to choose WHEN I make any changes I see fit. First of all, I’d like to take a breather, to look back at 2016, for there are always precious lessons to be learned from the year just gone. I intend to celebrate all that was good, try to learn from things that weren’t so great, and to congratulate myself for the things I achieved. 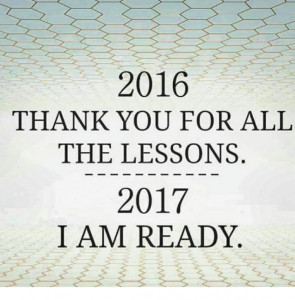 I know that there is no “New Me”, and I won’t be wringing my hands when I fail to suddenly change the things I identified as wrong with the “old me”. Instead I’ll be working hard, enjoying my family and, when the arctic gales hit, I’ll be in front of an old film with a large bar of Dairy Milk.

For now, 2017 can take me as it finds me, and I’m going to meet it with grace and acceptance and warmly embrace all that it has to show me. How about you? 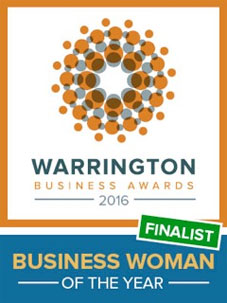 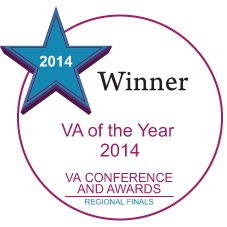